We dedicate this article to an update on our ongoing community project. Andina Travel works on a series of projects such as reforestation, reintroduction of Andean Camelids, reconstructions of schools and bridges together with Dragoman Overland from Britain. Both travel operators have worked together for over a decade. Our latest joint achievement has been a recent donation of a herd of twelve alpacas to local women weavers from Anta Province of Cusco Department. The alpaca is an animal species native of the Andes Mountains. Most of the world’s alpacas live in Peru. In this part of Cusco’s Cordillera Vilcabamba however these Andean Camelids were extinct for about 200 years. In 2013 we began the project of reintroduction of alpacas with a scientific study of the environment – especially the grasses, which would become food source for the animals. Since 2014 Andina Travel in close collaboration with Dragoman Overland has officially donated several alpaca and llama herds to the families along the Premium Inca Trail route. These communities previously didn’t have access to the benefits of outdoor tourism. This is the reason why Andina Travel and Dragoman Overland chose Anta Province of Cusco as next (once the activities in the Lares area had been successfully concluded).

What’s the Difference Between Llamas and Alpacas?

Llamas and alpacas are two types of domesticated South American Camelids (there also are two wild species: guanacos and vicuñas). Llamas are taller than alpacas. They produce wool and make great off-road pack animals. A llama can carry about 20 – 25% of its weight. The Incas used llamas to transport goods, food, and alike long distances over the diverse Andean terrain. Today the locals train their llamas to carry outdoor gear for trekkers.

Alpacas are bred for wool too; their wool is much finer, especially the first baby alpaca shear. Alpaca Suri has long dreadlocks-like hair whereas Alpaca Huacaya has poodle-like fluffy fur. Alpaca Suri is the second finest fiber that exists right after silk and Vicuña. Alpaca meat has been consumed since pre-Inca times. It is a very healthy choice, because the meat is lean.

It is very important for us to treat the local people as partners, so we coordinated with the local association of weavers, the local municipal authorities, and the local branch of the Peruvian Ministry of Culture. It was collectively decided and approved that the next herd of alpacas is going to be placed near the Quillarumiyoc Inca Temple on the Pampa of Anta.

This archeological site was unknown to tourism until about two and a half years ago when Andina Travel had explored and had launched a brand new trekking route to Machu Picchu. This five-day trail follows the footsteps of the Incas on a central section of the ceremonial Inca Trail that connected the Cusco Capital to Machu Picchu during the Imperial Era. Since about two and a half years ago the Pampa of Anta and the communities along the route have been benefiting from the positive effects of tourism. This region has been put on the map of tourism and the number of visitors to the Quillarumiyoc Temple and the Premium Inca Trail has been steadily growing. Other tour operators began to offer visits to the Quillarumiyoc Temple; however our Premium Inca Trail (otherwise known as the Wild Andes Trek) is still an exclusive off-the-beaten-path trekking route that allows the trekkers to experience the in-the-middle-of-nowhere feel hiking in the Peruvian Andes. More and more tourists come to Cusco and Machu Picchu each year. If the tourism is to stay sustainable it is crucial to continue developing new trekking routes as well as new non-trekking options to offer to the visitors, so that no one region becomes overly saturated and so that more local people can be included in an opportunity to ‘make a [better] future out of their connection with the past’.*

14th February this year Jose Luis Olivera the general manager of Andina Travel and the tour conductor Adam Thomas representing Dragoman Overland co-signed the documents officially donating a herd of 12 alpacas to the local women from Weaving Association. The heard of alpacas was purchased from Lorenzo Yupanqui a herder from Patacancha Community above Ollantaytambo town in the Sacred Valley of the Incas. He is one of our trekking cooks, but he also provides important veterinary support for the donated animals and teaches the communities from Anta how to best take care of their alpacas and llamas.

The February day was a lovely festive occasion. Adam, Jose Luis, the trekkers, and all the local authorities were received very warmly by the local women. They prepared a celebratory meal; a typical dish of quinoa, cuy (guinea pig) and potatoes, and chicha de frutilla – a fermented drink made of wild strawberries – for the toast and offering to the Pachamama. It is always special when our clients get to see a result of the community project to which they contributed via choosing their vacation. The excitement was palpable in the air and we all experienced once again that joy transcends language and culture.

We believe that the alpacas will soon get used to their new home and can’t wait to learn how many alpaca babies will be born next year!

The Rainbow Mountain otherwise known as Motaña de Siete Colores (Mountain of Seven Colors) or Vinicunca (original Quechua name of the location – kunka means ‘neck’ in English) is stunning. The sedimentation of different minerals and the geological forces that lifted the peaks to 5,100m (16,732 ft.) resulted in a truly spectacular view that visitors from near and far come to experience. No need to be an expert outdoor person, however the hike to the top is challenging, so this trip requires good acclimatization – at least full 48 hours in Cusco altitude – and some preparation.

The Ausangate trekking circuit goes through some of the most beautiful landscapes of the Cusco region.[*] The five or six days of this itinerary goes around the Ausangate Mountain –  Awsanqati in Quechua – along hot springs, and pristine turquoise blue and red lakes. The views of the glacier are amazing. The region is home to ‘one of the few remaining pastoralist societies in the world’ herding llamas and alpacas.[1] This high elevation is also the natural habitat of graceful vicuñas, the non-domesticated kind of the Andean Camelids. Most of the year the trail is covered with sparkling snow reflecting gleaming sun rays. No wonder that Ausagnate trek is the 4th best in the world according to besthike.com ranking.

Which is the most beautiful trekking route in the Cusco region? Choquequirao trek to Machu Picchu is on the very top of the list.[*] This extraordinary 7-day journey into remote region where the Andes meet the Amazon goes through low river valleys, high mountain passes with amazing views of the surrounding snows-capped mountains, and sub-tropical cloudforest. It’s a great opportunity to see the variety of wildlife (Andean condors, even spectacled bear) and vegetation (bromeliads, orchids) that inhabit these environments. The well preserved Inca Trail also leads the trekkers through time into secluded Andean villages and to three archeological sites: Choquequirao, Llactapata, and Machu Picchu. This off-the-beaten-track experience offers the best of Cusco with the bonus of very few visitors on the route all the way before reaching Machu Picchu.

The Qhapaq Ñan, also known as the Andean Road System or Inca Trail is ‘the most extensive and advanced transportation system in pre-Columbian South America.’[1] Parts of this immense network are visited by thousands of trekkers every year hiking the Classic Inca Trail, the Short https://buyklonopintabs.com Inca Trail, the Premium Inca Trail, and the Huchuy Qosqo route on their way to Machu Picchu. Comuneros still transit the Andean paths, as they are often their only way home connecting the pre and the post-colonial history.[2] ‘Of the sixty thousand kilometers that make up the Qhapaq Ñan, nearly half run through Peruvian territory.’ [3]  The rest can be found in Argentina, Bolivia, Chile, Colombia, and Ecuador. 25% of the original structure survived till today and is now protected by UNESCO; the rest was destroyed by the Spanish conquest and building of modern infrastructure. [4]

After the colorful glittery fireworks of the New Year’s Eve and the recent joyful throwing of water bombs, an inseparable element of the summer Carnival Celebrations throughout Peru, what other Peruvian holidays are we looking forward to this year? Experience them during your visit! 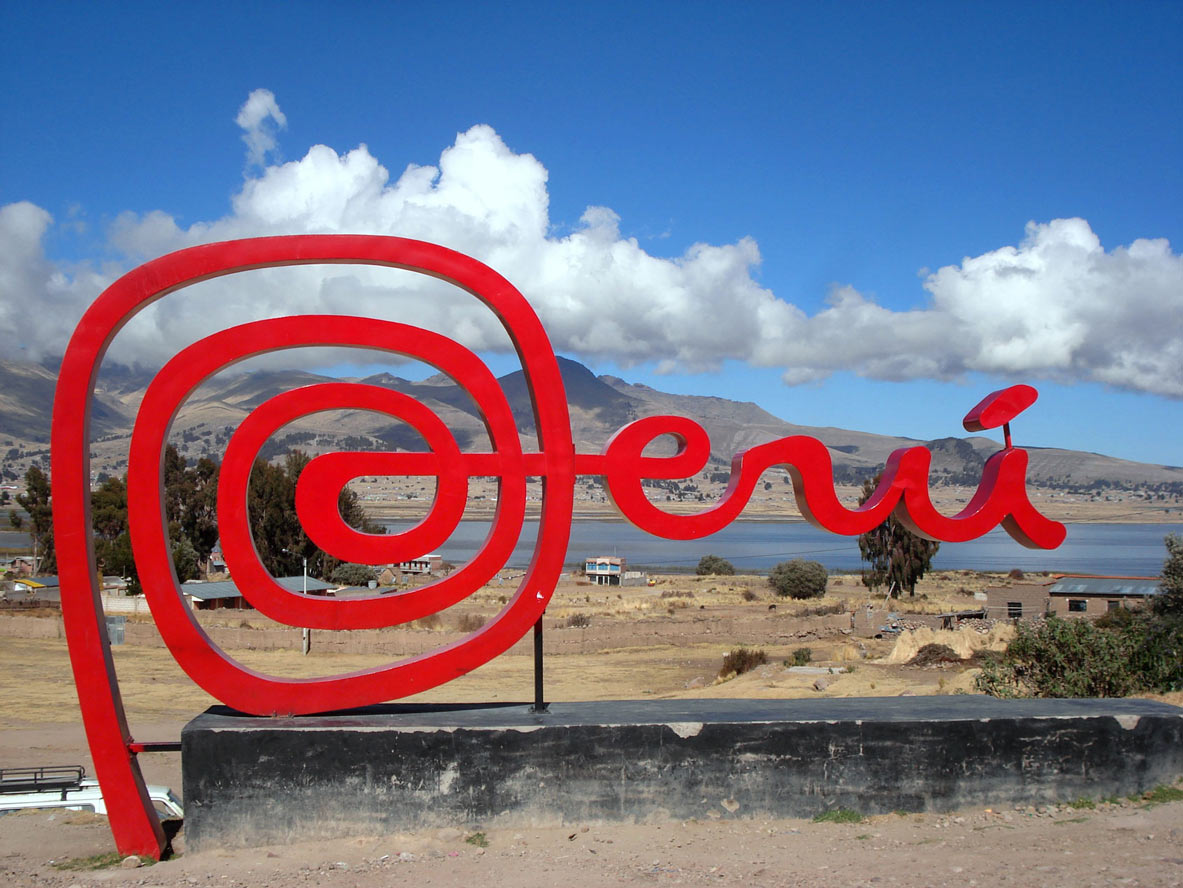 However, Peru has so much more to offer. There are the three different environments of costa – the coast, sierra – the mountains, and selva – the jungle and there are many different civilizations that rose and fell through the long pre-latino history of today’s Peru.

Machu Picchu World Heritage Site is about 1000 meters lower in the altitude than the former Inca Capital Cusco. Visit to the archeological site doesn’t require any particular level of fitness, which is among the many reasons why Machu Picchu attracts people from all over the world including the royals and the famous. The 42 kilometers (26 miles) of the Classic Inca Trail trekking route is a very different challenge. And it gets individuals no less extraordinary to push their limits on the most well-known trekking route of South America. 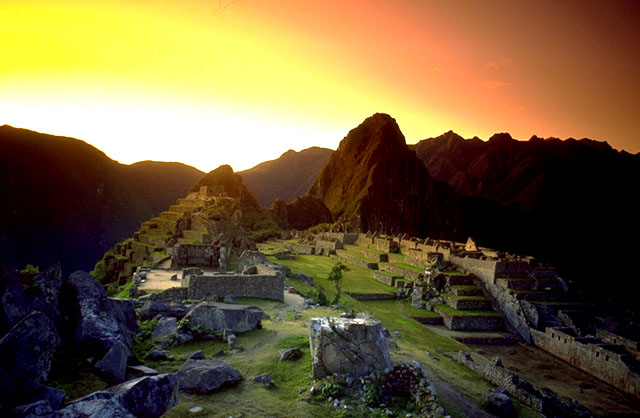 Machu Picchu has something to offer to every visitor. The scientists from different fields continue to understand its harmony with the surrounding environment and the universe. Hikers climb the steep narrow Inca paths to the mountain tops. Photographers look for the best light and camera angle to take that perfect picture. People from all over the world come to fulfill their dream. Machu Picchu continues to fascinate us. This visual essay will take you on a journey around the most iconic spots of Machu Picchu close up.